Without a doubt, the most important book in English devoted to Cardinal Giuseppe Mezzofanti (1774-1849), the polyglot of Bologna, is The Life of Cardinal Mezzofanti, written by an Irish priest, Charles William Russell, and published in 1858. When I first began research on hyperpolyglots, I knew I was going to have to spend considerable time with Russell’s book, which contains a wealth of information about Mezzofanti, his time, and his language abilities, not to mention other famous language learners. I had discovered the book by chance in the collection of the Humanities Research Center at the University of Texas at Austin. The only way to get the required time to hunt through its treasures was to get some sort of research funding, I thought. Soon I discovered that the book, because it is in the public domain, had been scanned and republished in hardcopy, and was also available for free online. 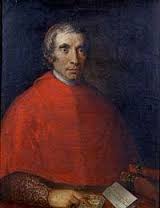 Why do you ask my name? Why will you have it here Where many names appear illustrious, known to Fame. But since you are so kind, I write it, and remind = what World offers is vain Oh let us Heaven gain!